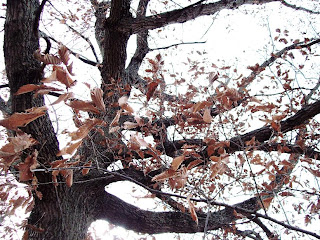 “I am not sure that I exist, actually. I am all the writers
that I have read, all the people that I have met, all the women
that I have loved; all the cities I have visited.”

"Revelations from a stack of antique postcards"

"Paddy on the rye"

Frances Bildner is represented in collections throughout Europe and America. The paintings are in definite, almost aggressively joyous, dialogue with the viewer and their presence is hard to ignore. New York’s Village Voice declared Bildner’s work to be “varied and vital enough to renew a jaded spirit”. For the last 18 years she has also been writing stream of consciousness poetry and recently has started combining some poems with her paintings. Visit www.francesbildner.com aswell as on Flickr.

Denise Falcone's stories have appeared in Antique Children, Kerouac's Dog, Why Vandalism?, 6 Tales, and others.

Gary Glauber is a poet, fiction writer, teacher, and music journalist. One of his works was nominated for a Pushcart Prize, another was named “A Notable Online Story” by StorySouth’s Million Writers Award panel. He took part in The Frost Place’s conference on teaching poetry. His work has appeared in 42 Opus, Hobart, Word Riot, Pindeldyboz, Smokelong Quarterly, and elsewhere. Some of his poems will be appearing in upcoming issues of The Compass Rose and StepAway Magazine.

Lily Murphy is 24 and comes from Cork city, Ireland.

Fiona Sinclair's work has appeared in numerous magazines. Her second pamphlet 'A game of hide and seek ' is due out from Indigo Dreams press later this year. She is the editor of the on line poetry magazine Message in a Bottle.

Melinda R. Smith is a Los Angeles-based poet, playwright and digital artist. Her chapbook Tiny Island is available from Finishing Line Press, and her digital art has recently been shown at the Los Angeles Center for Digital Art. Visit www.melindarsmith.com.

Rachel Stevenson grew up in Doncaster and now lives in London, UK. She has been a contributor to Pygmy Giant, Smoke: A London Peculiar, Dr Hurley's Snake Oil Cure, A Cuppa and Armchair book, the Utopia Arts Festival, and has had her work turned into a short film for the Tate Modern website. She is currently studying for a MA in Creating Writing. Find out more about Rachel Stevenson here.

Kirby Wright was a Visiting Fellow at the 2009 International Writers Conference in Hong Kong, where he represented the Pacific Rim region of Hawaii. He was also a Visiting Writer at the 2010 Martha’s Vineyard Residency in Edgartown, Mass., and the 2011 Artist in Residence at Milkwood International, Czech Republic. He is the author of the companion novels PUNAHOU BLUES and MOLOKA’I NUI AHINA, both set in the islands. Find out more about Kirby Wright here.