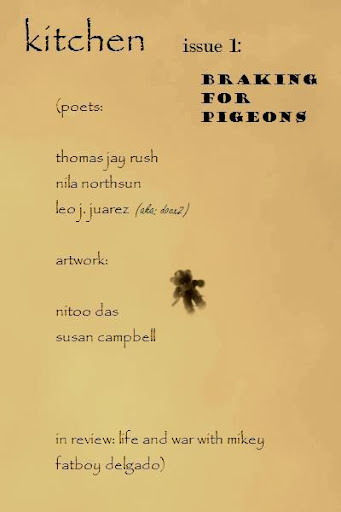 Thomas Jay Rush: 2 poems
(photo by Susan Campbell)
nila northSun: 3 poems
Leo J. Suarez (aka: docx2): 4 poems
Nitoo Das: Queer Pride Delhi 2010 (photos)
In review: Life and War with Mikey Fatboy Delgado
And so our first issue of kitchen can be concluded. Just the right size, we think, holding it like this with our eyes. We decided to start with three poets, since history will tell you, it's up to poets to start things. They duel the mechanics of language that philosophers dare not touch and pass their (mostly unfinished) products down the line for writers of paragraphs to taste and make their own. Who are we kidding? We just didn't get any damn prose submissions. We like prose. We like poets too. We believe that maybe poets are more comfortable in a kitcheny atmosphere. Writers have their writing rooms, where it's quiet and somber, where at night they dress up, sharpen their pencils and get to work.
As one famous poet said to his fellow writer: Only so many can write a filet mignon and I envy you for that. The rest of us must be satisfied if we can write a decent ham sandwich. Two slices of bread, mayo, the ham, of course, and when we feel the blues coming on, mustard, spicy brown.

We think the three poets we've had the pleasure of featuring all know how to make a damn good sandwich, different in their own way, but with a common attraction to every day life and its whimsy, sometimes tragedy, despair, hope. They've set out on the journey to, in the words of Raymond Carver, "endow those things--a chair, a window curtain, a fork, a stone, a woman's earring--with immense, even startling power."
We came upon one of Thomas Jay Rush's short stories in which the unlikely word "peas" (empowered by just the right punctuation) gave this startling effect. His poems deal similarly with everyday things and feelings in a language that is non-ornamental but that still (maybe because of this) direct our attention elsewhere, outside the poem, toward some mystery or other.
We read Nila's book a snake in her mouth many years ago and have been a fan of hers since. What she can do with her (seemingly) 'simple' language it would take a bonfire of dictionaries complete with a lecture series for your academia poet to convey and it wouldn't be nearly as fun. It is the stuff of life, this, uncensored and unadorned, heartbreaking one line and leg-pulling the next. Bukowski springs to mind but Bukowski always springs to mind so we will just say that we are absolutely thrilled to have her featured in our premier issue of kitchen.
Leo J. Suarez is a strange fellow. He apparently takes advice from his muse, from what we can tell, an indoors pet-turtle. He writes furiously and without pause and has all the tools at his disposal to turn a haiku into a sonnet in 3 iambs flat and back again. Many of his poems shoots out of flash-prose things of seeming autobiographical makeup. We like this very much, this collaboration between forms. Poem-stories, essay-photos, etc.
Thanks to Nitoo Das for letting us pick willy nilly amongst her vast photo archives. It should be said that she is also an excellent poet-writer whose book of poems, Boki, from what we've heard, is nothing short of fantabulous.

Thanks also to Susan Campbell for graciously letting us pilfer through her cellphone and coming away with a butterfly which we wanted to find to add some color in our very first (well, almost) post.

Mr. Peters, our in house, on-web, off kilter reviewer of all things kitcheny also did a number on Life and War with Mikey Fatboy Delgado for which we are grateful. Excellent book, you should read it, if you're not reading things at the moment.

We look forward to your submissions and would like to in closing say that we will probably feature prose/flash (whatever you call it) in our next issue. Send us some of those, won't you please. Send us poems too. Send us things. Things, yes.

Goodnight and continue to read between the lines. 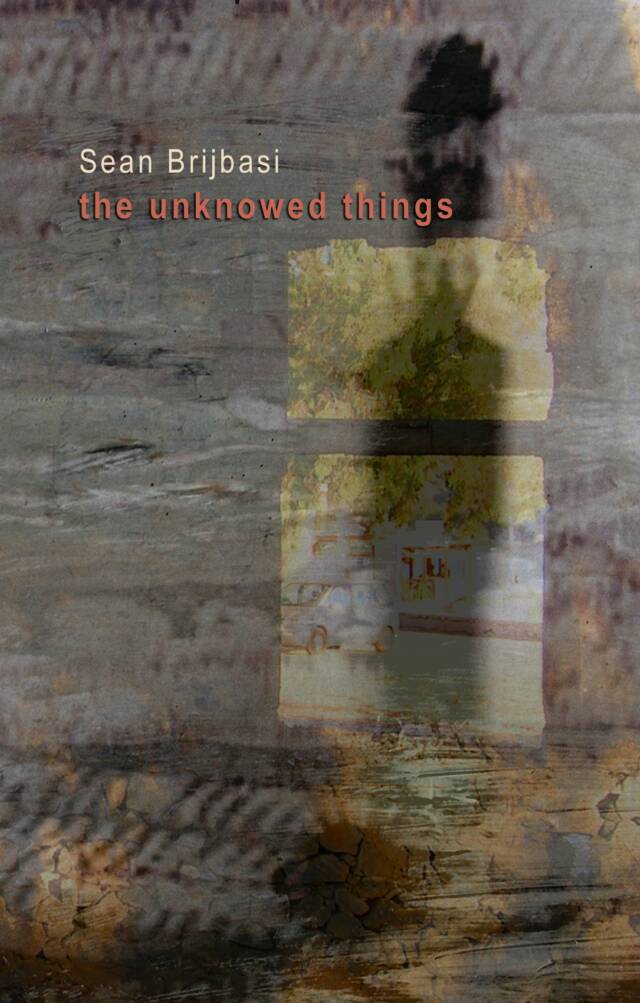